Chalkboard in the new D.C. Signing Store, via CNN

The wait is over- the first official Starbucks “Signing Store” opened in D.C. on Tuesday on 6th Street & H Street, not far from Gallaudet University. This “Signing Store” is the first of it’s kind in the States resulting from a successful endeavor in Malaysia, where a similar store featuring deaf and hard-of-hearing employees gained popularity. All employees will know American Sign Language, which will help to cater to the established deaf community within Washington D.C.

The store also boasts deaf-friendly aesthetics, including special lighting, matte surfaces designed to reduce glare and an open layout. These aesthetics (or Deaf Space) should allow for easy communication among it’s workers and patrons. “This is a historic moment in Starbucks ongoing journey to connect with the Deaf and hard of hearing community,” said Rossann Williams, Starbucks executive vice president of U.S. Retail. 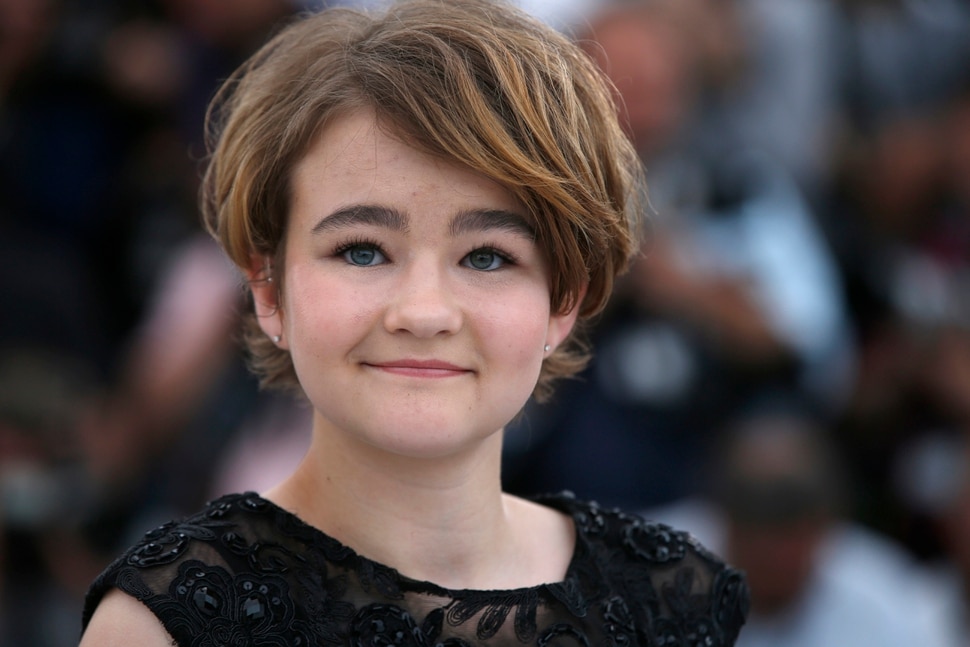 Millicent made some significant headway into Deaf History with her famed role in The Quiet Place, a horror film which incorporated American Sign Language more than what we are certainly used to. We don’t want to spoil the plot, but we (of course) encourage you to go see the movie and Millicent in action! Ms. Simmons also starred in the 2017 movie Wonderstruck, for which she was nominated for several awards in youth performance.

Millicent was born in 2002 in Utah with four siblings, and became deaf after a medication overdose at only a year old. Her mother was determined to give her the best chance at communicating and began to teacher Millicent and the rest of the family Sign Language. (She was also given a cochlear implant.) After attending the Jean Massieu School of the Deaf during her elementary years, she was eventually mainstreamed. Millicent spent much of her young life active in drama and theater and performed in the Utah Shakespeare Festival in Cedar City- her only role before Wonderstruck was in a deaf student’s film (Color the World).

When being cast for The Quiet Place, the producers originally did not push to hire a deaf actress to play the role. The director, Krasinski, was the one who pushed to have a deaf actress. They also hired interpreters for Millicent to better communicate with her on set. Millicent plans to advocate for the Deaf Community and continue to act in movies.

November 16-18th, ASLdeafined will be presenting at the ACTFL conference. The title of our presentation, “Implementing & Integrating Technology with American Sign Language”. We will also have two booths to demonstrate the latest features on ASLdeafined.com. Come and meet our entire ASLdeafined staff. We hope to see everyone in New Orleans.

All activities on ASLdeafined.com now also come with a built-in answer key! Go ahead and check it out! 🙂

Handshape of the Week: X!

The X-handshape looks like a pirate captain’s hook, with the index finger bent, as show below in the sign for NEED.

Other signs that use the X-handshape include: